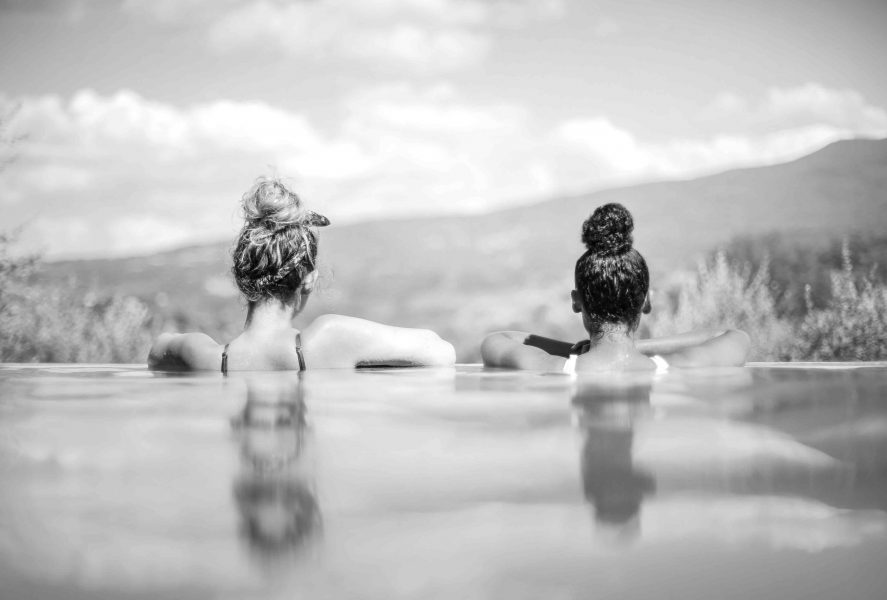 ‘Women’s friendships are like a renewable source of power’

Our concept of friendship will mature and evolve as we age.  In the playground in the early years of school we can weave in and out of friendships just like girls dancing around a maypole.  To find a ‘best friend’ at this age is treasured and rare- often you would be stuck in a ‘three’s a crowd scenario’ and segregated according to who was current flavour of the month.  Or maybe you weren’t and you were the confident happy girl whom everyone flocked to and who never had a shortage of ‘besties’ to name.  Were you the wallflower that hid in the corner but who bloomed late as a teenager and surprised everyone that you had a voice?  The great thing about entering adulthood, leaving home and starting employment or study is that you are thrown into a new environment and can redefine yourself.  You can fake the confidence or just smile your way through, until you feel as comfortable as you look and on the way you will have learned what you need in a friend.  You may look for her without realising in those you meet.

I was bullied at school- a flippant comment you say- attention seeking and overstated.  No, I don’t overstate the impact.  Four years of manipulation and my confidence shaken, waiting for approval, seeking it from an unkind ‘classmate’.  I grew up quick.  Life lessons were learned.  I promised myself when I escaped from the clutches that I would never allow myself to be treated in that way again.  They pick on the nice girls who try to please.  After that my friendships were healthy, immense fun, we all learned about life together, about real living.  We made mistakes as teenagers and young adults, we compared, cajoled, encouraged, wept with laughter and even cried together.  You probably take some of these friends into adulthood like I do and they may be integral to your life today.  They may form a segment of your conscience (what would **** do?), your reference point, even when you are separated by miles and oceans you recall their words, your chats at different bizarre unconnected moments as every person you have let in that dear and that close, was there by choice.  You can choose your friends but not your family.  Friends are the family that you choose. 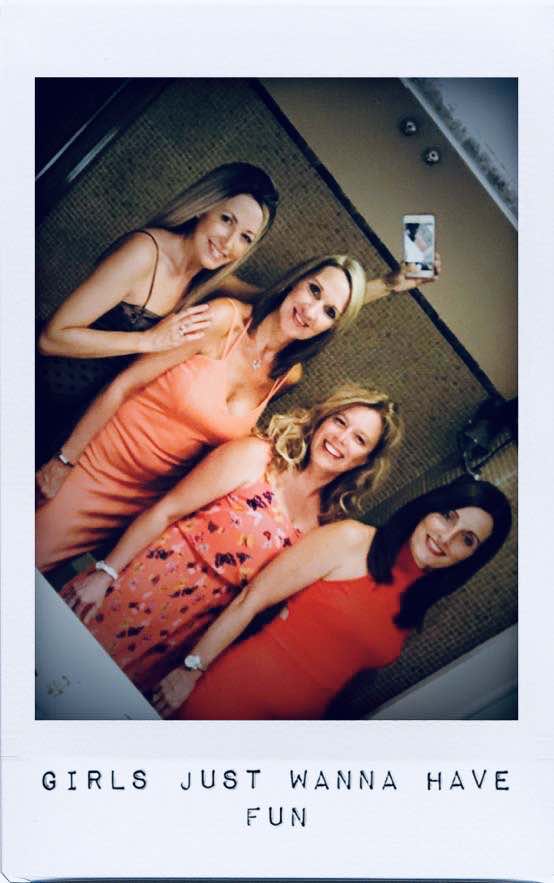 Friends could be the very opposite of you in personality or achingly similar.  You may share life experiences, career, child rearing.  You may bond over happy moments or in outpourings of grief when there is nothing wise or comforting to say that will suffice.  Just being a friend is enough, a listening ear, a soundboard.

You know your female friends do you good as you look forward to seeing them, you know the time passes in a flash whether it is over a bottle of wine, a coffee, a brisk walk by the sea or if you are lucky a ‘girls weekend’.  You know you are likely to leave their company refreshed, invigorated or with a new direction in life to pursue- maybe inspiration or advice for something in your own life from speaking to them.  Maybe they told you about a new product or exercise that you in turn want to try.  We are influenced greatly by our peers, our friends, those we spend most time with.  We are also influenced by our virtual friends.  We see that girl we like to think of as a friend online, whom we have never met, she looks cute in those trousers so we buy some.  She tries that face cream- we want to be like her so we buy it with no question.  We want to belong and be part of a group.  Here though, I am talking about the friends who have sat in the same real room with you.

Watch a lot of therapists at work and they will be employing professional techniques to be like the very best, listening, encouraging friend.  If you have a friend who naturally behaves like this, you will tend to seek her out when you are in need of practical advice.   She may even be that friend who tells you things you just don’t want to know, who makes you face up to cold hard truths. You will go back to her time after time however, because you respect her honesty and insight.

We look for friends that mirror a part of ourselves.  We look for trust, reliability, loyalty, empathy, a shared sense of humour, shared beliefs and morals and above all fun.  If loyalty is broken or morals digress far we feel broken, even lost just as with a romantic relationship ending.  We feel cheated that we held that friend so close.  We maybe hold our friends on pedestals too high and take our differences too personally.  We should not assume we are cut from the same cloth.  What journey has she travelled to get here, with you, today? The perfect friend is one who does not judge.  Life is complex and the conclusion must surely be as with any relationship in life, if it is draining you and causing you anxiety you leave it be, where it is and move on.

One of my friends sensibly compares friendship paths to a train journey.  We are on our own route and some people jump on the train for a bit, then they get off at a station along the way, they have a different path to travel.  Others will stay on for the long haul with us.  Some that depart may get back on at a later point then stay with us the rest of the life journey. I think as women we have to assuage the guilt that arises from friendships that upset us and accept that we moved on.  There are two sides to every story and some links are just not meant to be.

Focussing on the beneficial effects of female friendship we know that many women state that their friends are of paramount importance to them as they pass through their 40s, 50s, 60s and so on.  Whilst taking a break from writing my book last year I went clothes shopping with my mother.  Standing in a coffee shop queue I struck up a conversation with a lady in her 80s. She was concerned that she had left her husband at home for a few hours that morning after his recent illness.  He was being looked after by their daughter, so she could travel into town to meet her close friend.  She had not missed her friend’s birthday in thirty years and explained they always met with regularity, every fortnight, for their own happiness.  Having time away from being a caring wife and to regenerate her internal batteries was so important to her.  When with her friend they felt like young girls again.  She prioritised her life in that way and the result was the rest of her family became more aware of her difficult role in caring for her husband as they stepped in whilst she took a few hours off.  They, in turn, were now more supportive as they understood firsthand the heavy demands upon her.  In reclaiming those few short hours of friendship time away from her busy week, this lady was happier and reinvigorated for her role as loving wife.  We all too often feel we have to be martyrs but in taking time for ourselves to be with our friends we may become better parents, partners, wives and daughters.  It is not selfish, it is essential.

Gradually the world is finding proper medical evidence for things we probably knew were likely to be true, linking friendships with improved or maintained health.  The Nurses Health Study at Harvard which started in 1976 collects all kinds of information about female health.  One of the findings was that the more friends that women have, the less likely they are to develop physical impairments as they age and more likely to lead a contented life.  Not having friends or confidants was as detrimental as being overweight or smoking.  Other studies have shown that social isolation after severe illness such as breast cancer or after the death of spouse can impair health in women.  Being socially integrated with family and friends is protective of our health.  Men and women may, on a biological level, handle stress differently.  An infamous study showed how women join together in times of stress. When we are stressed our cortisol (natural steroid) and adrenaline are raised and we in turn release oxytocin to calm us down.  Men release far less of this than women.  The oxytocin drive reduces stress and enhances affiliation– in women’s cases this can lead to seeking out female friendships and nurturing them which has great benefits for health.  This downregulated stress response in women produces relaxation and strong affiliation (friendship bonds) and may help to explain why women may live 7.5 years longer than men.  It also means that booking in that catch up with your friends is essential not trivial.  And you thought oxytocin was just about breastfeeding and orgasms! The female body and mind is truly remarkable!

Working at and investing in friendships could be one of the loveliest and most important ways of improving your health. No prescription involved.  Most of the women I interviewed for my book spoke fondly of their female friends and the important role they play in their lives.  We may become more discerning about whom we let into our close circle as we age, but new friends can be just as important as old friends, especially if they are very relevant to our current life situation and can support and encourage us to get the best from life.

Returning to Jane Fonda and her insightful quotes ‘it’s my women friends who put starch in my spine’.  I could not have said it better.

If you enjoyed the article, you’ll find lots more in my new book below …
Paperback
Buy the book EXCLUSIVELY here
e-books 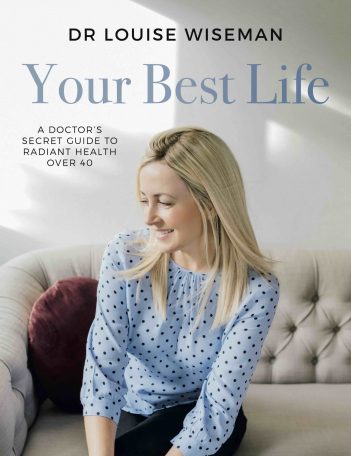 This website uses cookies to improve your experience while you navigate through the website. Out of these cookies, those that are categorised as necessary are stored on your browser as they are essential for the working of basic functionalities of the website. We use third-party cookies that help us analyse and understand how you use this website. These cookies will be stored in your browser only with your consent - please see a list of them here. You also have the option to opt-out of these cookies, but opting out of some of them may affect your browsing experience.
Necessary Always Enabled

Other uncategorized cookies are those that are being analyzed and have not been classified into a category as yet.

Advertisement cookies are used to provide visitors with relevant ads and marketing campaigns. These cookies track visitors across websites and collect information to provide customized ads.

Analytical cookies are used to understand how visitors interact with the website. These cookies help provide information on metrics the number of visitors, bounce rate, traffic source, etc.

Performance cookies are used to understand and analyze the key performance indexes of the website which helps in delivering a better user experience for the visitors.